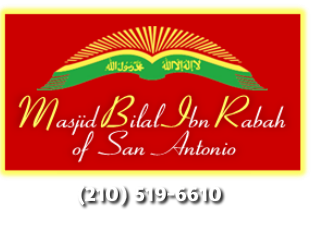 “Arabic is a very natural language. Believe me, the best of all expressions.  I’m using the term expressions now in the full context of culture.  Art.  Everything. Language, art, work, whatever.  The best of all expressions in the long run, are the expressions that stay true the original nature.  Those are the best expressions.  Expressions that stay true to the original nature. This talk that I’m giving you is to introduce you to the study of the Qur’anic Arabic, to go into the Qur’an, to learn the Qur’an in Arabic. Thinking that this Qur’an was just given in Arabic is not enough. Says, why?  What was the reason.  What was the main reason for the Qur’an being in Arabic? Some would say, “because Arabic is the best language”. No.  Its because Muhammed was the best choice for the prophet.  Muhammed was the best choice and last prophet and he spoke Arabic. So the Qur’an says, never did G_d send a messenger to a people speaking another language." Imam WD Mohammed (excerpt from A Three Day Journey, 2010)
​

Imam Warithuddeen Mohammed on the Importance of Qur'anic Arabic

“Rabta”, in Arabic is a ball tie and the language of scripture has ties. I’m speaking of ties for meaning and understanding for the language itself. So if you don’t study the language well—what did the first master liberator say? “You will not be successful”, alright? So now we are obligated, especially you all who are helping the community as leaders, you who are Imams, you who are teachers in our schools, you are obligated to study Arabic grammar so that you will learn to read and speak Arabic. You are obligated to do that; the Qur’an, our Book, it’s in Arabic, you are obligated to study Arabic grammar, Arabic language so you can learn to read and speak hopefully and speak Arabic because the meanings are conveyed perfectly in the Arabic language but not perfectly in any other language. G-d* didn’t reveal it in English, He revealed it in Arabic and in the best Arabic, “Al Arabiya Fusha”, the best Arabic. So you are obligated brothers and sisters especially you who want to accept responsibility to guide this community and to help this community build itself up better and better until it is pleasing to us in our souls and in our hearts, you are obligated to study Arabic grammar. There are many jobs now, you can’t even have these jobs unless you can speak or know a second language, so you have to get in step with modern times too. And your first language for you to learn is not Spanish, it’s not French, it’s not Italian, it’s not to Russian, it’s not Chinese, it’s not German, it is Arabic, “Al Arabiya”, that’s the first language we are to learn. Your Imam would not be advanced as he is if he hadn’t perceived that and did his study with dictionaries and did not only study the word in the English but I got the Arabic dictionary and studied the language in its original form Arabic, the Qur’an I studied it like that. I wouldn’t have ever got where I’m going although G-d was, I have to say this I started already although G-d was guiding me to different sources of information and to look at many things, G-d was guiding me. The help would not have been complete and I would not be in the position I am in now to teach you myself as I’m teaching you had I not studied Arabic grammar and Arabic language, the language and its grammar. So I urge you to do that, you got help, you’ll spend your time much better doing that than you will listening to these Orientalist thinking they’re going to help you finally unlock mysteries. They’re going to lock you out of the goodies, because they are for…side until you come over to their side, they’re going to show you that they are superior to your side so that you will join their side and leave our side."
Imam WD Mohammed (excerpt from Ramadan Session 2000)
**What is "G-d?" Imam W. Deen Mohammed, leader of the largest indigenous group of Muslims, explained that in order to show due reverence to the Name of G-d Almighty, that we not use any spelling that could in the reverse mean "dog."
​